Freemasonry aims to promote Friendship, Morality, and Brotherly Love among its members. It is, by definition, a fraternity; comprised of men from every race, religion, opinion, and background who are brought together as Brothers to develop and strengthen the bonds of friendship. With more than 3 million members, Freemasons belong to the largest and oldest fraternal organization in the world. Freemasonry proposes to make good men better by teaching with metaphors from geometry and architecture about building values based on great universal truths.

Where did Freemasonry come from?

Part of the mystique of Freemasonry can be attributed to speculation about its roots. Over the years, researchers have never been able to conclusively determine exactly when, where, how, and why Freemasonry was born. The order is thought to have arisen from the English and Scottish guilds of practicing stonemasons and cathedral builders in the Middle Ages, but certain Masonic documents actually trace the sciences of geometry and Masonry to the time of ancient Egypt, and some historians say that Masonry has its real roots in antiquity. The formation of the first Grand Lodge in London in 1717 could mark the beginning of the Modern (or Speculative) era of Freemasonry, when members were no longer limited to actual working stonemasons. These Accepted Masons eventually adopted more enlightened philosophies, and turned what was a tradesmens organization into a fraternity for moral edification, intellectual recitation, benevolent service, and gentlemanly socialization.

Is Masonry a secret society?

No. It is sometimes said that Freemasonry is a Society with secrets, not a secret society. In point of fact, however, any purported Masonic secrets were made public several centuries ago in London newspapers, and today can be found in the Library of Congress, on the Internet, and in many books on the subject. As Benjamin Franklin once said, The great secret of Freemasonry is that there is no secret at all.

How do I become a Freemason?

Because Masons have not traditionally recruited members, and do not hold public meetings, there has long been confusion about how to join the Fraternity. Does someone ask you? Do you ask? Today, because of widespread interest in the Fraternity along with the plethora of both information and misinformation found on the Internet the following information was put together on how men can join: Most men can become a Mason by simply asking like Washington, Franklin, Sir John A. and most every Mason from the past to the present day. Membership is open to men of every race, religion, culture, and level of income. The requirements for membership are that you be over the age of 21, believe in a Supreme Being, and can be found to be of good character. The belief in a Supreme Being is said to be a requirement that is needed to take certain oaths, otherwise no obligation would be binding upon you. Generally, men seek out a Lodge near their home or workplace, or ask someone they know who is a Mason to recommend a Lodge to them. Not all men can become Masons, however. Masonry does not purport to make bad men good, only good men better. Only men of good character are accepted into the Fraternity. Masonic lodges review every applicants moral character and the centuries-old blackball system is still in place; members must be voted in by a 100% vote of Lodge members present.

Where can I get more information about the Freemasons?

The best way to get information is to talk to a Mason – either in person or online. You may have some of the same questions as those below – so take a look at the FAQs. If you want more historical information, Mark Tabbert’s book, American Freemasons, is a good place to start. More lighthearted, yet accurate and thorough, is Freemasons for Dummies by Christopher Hodapp. Both books published in 2005 and are available in your local bookstore, or you may find them at online stores like Amazon and Borders. You can also Request Information online through this web site.

Is there a difference between Masons and Freemasons?

The names are interchangeable. The term Freemason is often used today in public to differentiate the fraternity from actual operative stonemasons, and is said to more accurately describe the enlightened “freethinking” of the membership.

Why is there so much interest in Masonry today?

Over the last four centuries, Freemasonry seems to have flourished during times of great enlightenment and change. It is no coincidence that Freemasonry rose to prominence during the Age of Enlightenment in both Europe and America – where a new generation believed it could discover ways to gain personal improvement, bring order to society, and understand the whole universe. This statement is perhaps even stronger today than it was in the 18th century. Today, men seek out Masonry for the same reasons – to better themselves and improve society in the company of like-minded Brothers. As we learn more about how our physical world works, there’s also new interest in those things we don’t understand – especially things bound around tradition or that have a more mystical nature. Also, books like The Da Vinci Code and movies like “National Treasure” have brought up both new interest and renewed speculation about the nature of the Fraternity. Though these books and movies are a product more of a vivid imagination than fact, the real history of Masonry is perhaps the best story of all – one learned only by Asking – and becoming a Freemason.

Can Freemasonry actually prepare me to be a greater man?

No organization can guarantee to make anyone great, but the powerful values and important truths that are taught as part of the Masonic tradition has proven to inspire, challenge, and develop leadership in men. Benjamin Franklin may have said it best, describing the Fraternity as a place to “prepare himself.” Perhaps one of the things that has kept Masonry a strong and vital organization for so long is the fact that the fraternity proposed only to “make good men better,” not to make bad men good. This distinction is critical in that from its early days the Fraternity took itself out of the “rehabilitation” game — which became the purvey of both religion and the criminal justice system. Today, men are preparing themselves for greatness in Lodges the world over. If you think there’s greatness in you, we invite your interest.

What about secret handshakes, ritual, and passwords?

Freemasonry, often called the “Craft” by its members, is founded on metaphors of architecture. Following the practice of the ancient stonemason guilds, Freemasons use special handshakes, words, and symbols to not only to identify each other, but to help, as William Preston said in 1772, “imprint upon the memory wise and serious truths.” Although every new Freemason takes an oath – and vows to keep secret the metaphors of Masonry – the metaphors are only used to help Masons become better men; and there’s certainly no secret surrounding what it takes to be good and true.

What is a Grand Lodge?

Grand Lodges were formed – first in England and Ireland, and later in America, to help standardize ritual, traditions, and customs among various Lodges. The first Grand Lodge in America was formed in Massachusetts in 1733. Today there is a Grand Lodge in every state – and virtually every country in the world. There is no “central” Grand Lodge, though Grand Lodges also meet to help facilitate unity and uphold tradition within the Craft.

What is Masonic “Ritual”?

The nature of Masonic ritual is both complex and beautiful. “Ritual” is actually a recitation of certain tenets and truths that have been passed down for generations – mostly from mouth to ear. This “Ritual” takes the form of lectures and theater in the Lodge, and is used to teach new Masons the value of truth and the necessity of helping those in need. Not everyone will want to learn the ancient ritual – as it takes great time and study – but those Masons who chose to learn it are rewarded with the satisfaction of upholding a powerful tradition and helping their fellow brothers further their Masonic understanding.

I’ve seen secret Masonic “codebooks”- What do they mean?

The nature of Masonic teachings and initiation is deeply rooted in the oral tradition. In most Lodges, these rituals are never written out – but are passed on “mouth to ear,” from one Masonic generation to the next. What may be thought to be codebooks are actually Masonic “ciphers”. These ciphers are not in “code” at all, but provide merely hints of the spoken word to refresh one’s memory. A Masonic cipher cannot be “broken,” – as there is no code to break.

I heard certain religions cannot become Masons, is that true?

Freemasonry has always welcomed members of any faith. Masonry accepts men from every race, color, creed, nationality, and culture. Today, there are many members of every faith who are Masons.

Is Masonry a Religion?

Masonry is not a religion. But it is one of the few platforms where men of every religion can come together. And although Lodges open and close with a prayer and Masonry teaches morality, it is not a church or a religion. Masonry is open to all men who believe in a Supreme Being. But because of the necessity to take oaths, no atheist can become a Mason.

Why aren’t there any famous women who are Masons?

>Freemasonry is, by definition, a fraternity that aims to promote Brotherly Love and Friendship among its members. It is a worldwide organization that draws together men from every country, race, religion, ethnicity, opinion, and background, and helps cultivate and promote better relationships and bonds of friendships among them. Freemasonry doesn’t focus on Friendship and Brotherly Love because it believes that only relations between men are important, or that relations between men and women are unimportant, but because hope for peace and harmony in the world is improved when men can put aside their differences and come together as friends. Masons also appreciate and value relations with women. We sponsor and participate in Masonic related organizations such as the Order of Eastern Star and the Order of Rainbow for Girls, whose members include women and girls respectively.

Is Freemasonry a Charity?

No. Masonic principles teach the value of relief – or charity – and Freemasons give more than $3 million A DAY, of which more than 70% of these donations support the general public. Among their works are the Shriners Hospitals for Children with 22 sites throughout North America, including a burn center in Boston and an orthopedic facility in Springfield; almost 225 Learning Centers helping children with dyslexia and speech and hearing disorders; the Masonic Youth Child Identification Program (MYCHIP), and the Masonic Angel Foundation, providing modest assistance to children and adults in local communities who do not fit the criteria for usual social-services. Most recently, the Masonic Service Association of North America entered into an agreement with the USO to participate in Operation Phone Home: a campaign to provide United States Military Service Personnel serving overseas with prepaid international phone calling cards. There are numerous other worthy causes and groups that local Lodges contribute to and help in their communities. Around the world there are hundreds of other organizations helped directly or indirectly by Freemasonry.

For more information and how to contact a Mason …… 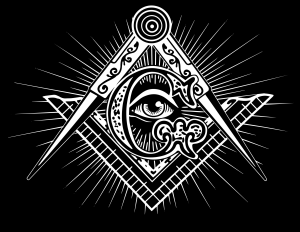 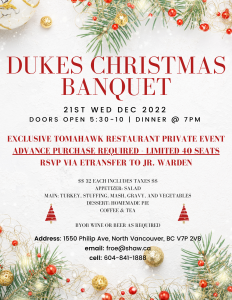